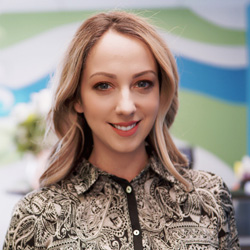 Hypnosis has the ability to relax the mind while getting rid of stored stress in the body. It is a safe and inexpensive way to address stress, remove harmful thoughts, and bring positive change in fertility, sports performance and overall health and well-being.

Learn more about hypnosis and its benefits>

Jasmin grew up in Bavaria, a small region located near Munich, Germany. In her early years, Jasmin discovered an interest and passion for the conscious and subconscious mind. This interest led Jasmin to complete the federal, non-medical and holistic European Education Certification for Psychotherapy. Jasmin successfully completed the federal exam and became a “Heilpraktiker” which translates to a non-medical practitioner of psychotherapy.

Due to her passion for this discipline, Jasmin is continually educating herself in neurofeedback, hypnotherapy, hypnofertility and nutrition. In 2016, Jasmin specialized in hypnofertility as well as in Peak Performance, Visualization & Stress Relief for Athletes. Jasmin has brought this experience with her to Calgary and is now practicing at Movement Performance & Health.